The Bulldog Club of America's Constitution and Bylaws established seven BCA Divisions or regional organizations, including BCA Division II, when the club was reorganized in 1950. At the time of the reorganization, there were very few breeders and exhibitors of Bulldogs in the nation's southern states. However, after a few years of growth an eighth BCA Division was created, largely to facilitate travel to BCA member club meetings scattered throughout the South.

At first, Division II specialty shows (sponsored by the officers of Division II) were held annually. In more recent years, this Division began offering spring and fall specialties in conjunction with other BCA member clubs. 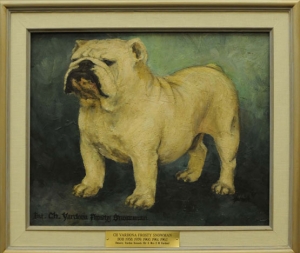 Just prior to the 1950 reorganization, the BCA National Specialty was moved for the first time in years from the East Coast to the Midwest on October 1, 1949, in keeping with the national organization's membership expansion objectives.

The Bulldog Club of Indiana hosted the National Specialty Show in 1949 at Indianapolis. Ch. Nugget My Ideal, owned by Joe Laughlin was awarded Best of Breed. There was an entry of 103 Bulldogs judged by William Tuten, a prominent  breeder from Maryland.