Bulldog owners are generally aware of the dangers of hot summer temperatures, but many other dog owners are not.
Feel free to share this so that any unaware dog owner can learn from the message.

Safety for the 4th!

Have a Happy and Safe 4th of July!
Celebrate our Great Country's freedom with The Bulldog Club of America!

We learn early what a negative thing this can be.  Easy to count the faults. In fact, it’s one of the first things we learn.. especially the obvious faults.  Some other issues take some practice and study to pick up on.

But I believe this mantra is often taken way out of context.

We’ve seen the quotes from famous dog people cautioning against fault judging, and that’s fine. Speaking from a level of expertise, this resonates with people who understand the concept of the statement.

What it DOESN’T mean, all you breeders out there, is that you should be ignoring faults.. especially the faults that can can escalate to a critical point within the breed.

Judges don’t often know the “drags” of the breed. They are taught not to “fault judge” and often let critical problems “slide” in the dogs that “carry their faults well”.

The danger here is when newer and impressionable breeders [read more.....]

02/25/2013
Recent results from research funded by the AKC Canine Health Foundation have the potential to significantly impact recommendations for spaying and neutering dogs in the United States. Most dogs in the United States are spayed or neutered, and for years the procedures have been completed prior to maturity. The study, published in the prominent, open access journal PLOS One, suggests that veterinarians should be more cautious about the age at which they spay and neuter in order to protect the overall health of dogs.

A team of researchers led by Dr. Benjamin L. Hart at the University of California, Davis has completed  the most detailed study performed to date that evaluates incidence of cancer diagnoses and joint problems in one breed -- Golden Retrievers -- by neuter status: early (before 12 months old), late (12 months or older), and intact. Consistent with previous studies on the topic, the results showed increased [read more.....]

BUT I DON’T WANT A SHOW DOG!

Why do people recommend choosing a breeder who shows their dogs to folks who are just looking for a pet and have no interest in showing? Why should breeding to breed standard be important to a pet home? Does it seem excessive, or “snobby”?
It’s not, and here’s why.
Dog shows are a means of evaluating dogs against the breed standard, to evaluate soundness, movement/gait, type, and temperament.
Soundness: The state of physical and mental health when all organs and faculties are functioning properly, each in its rightful relation to each other.
Type: Breed type encompasses appearance, character, condition, bone structure, temperament, and movement; "breed type is all these things." Breed type also includes a character specific to each breed, [read more.....]

A 9 week old puppy has been alive for 63 days. He is leaving everything familiar and safe, then brought to a home where everything is new...sights, sounds, smells, new people and new surroundings that he doesn't understand yet.

A puppy is for life!

Submit your article via email.

On this page you will find:

Read Expert advice about the Bulldog with educational articles written by knowledgeable Bulldoggers.

What you Want to Know

Everything you may want to know about Bulldogs written by Bulldog Experts.

What You Need to Know

Content written by BCA Members
The Education Committee will review your submission.
On approval your article will be included in the Advice Column.
Photos and PDF may be included with your article.
Send Email

The 2021 BCA National Show has Collectible Logo Merchandise available! These will be collectors items! Buy now before they are all gone!

We need every BCA Member's input!
As seen in the Editors Topline in the Spring 2021 edition of The Bulldogger, our current editor will be stepping down after the Fall 2021 edition.  We are searching for a new editor!  Please review the information and contacts. 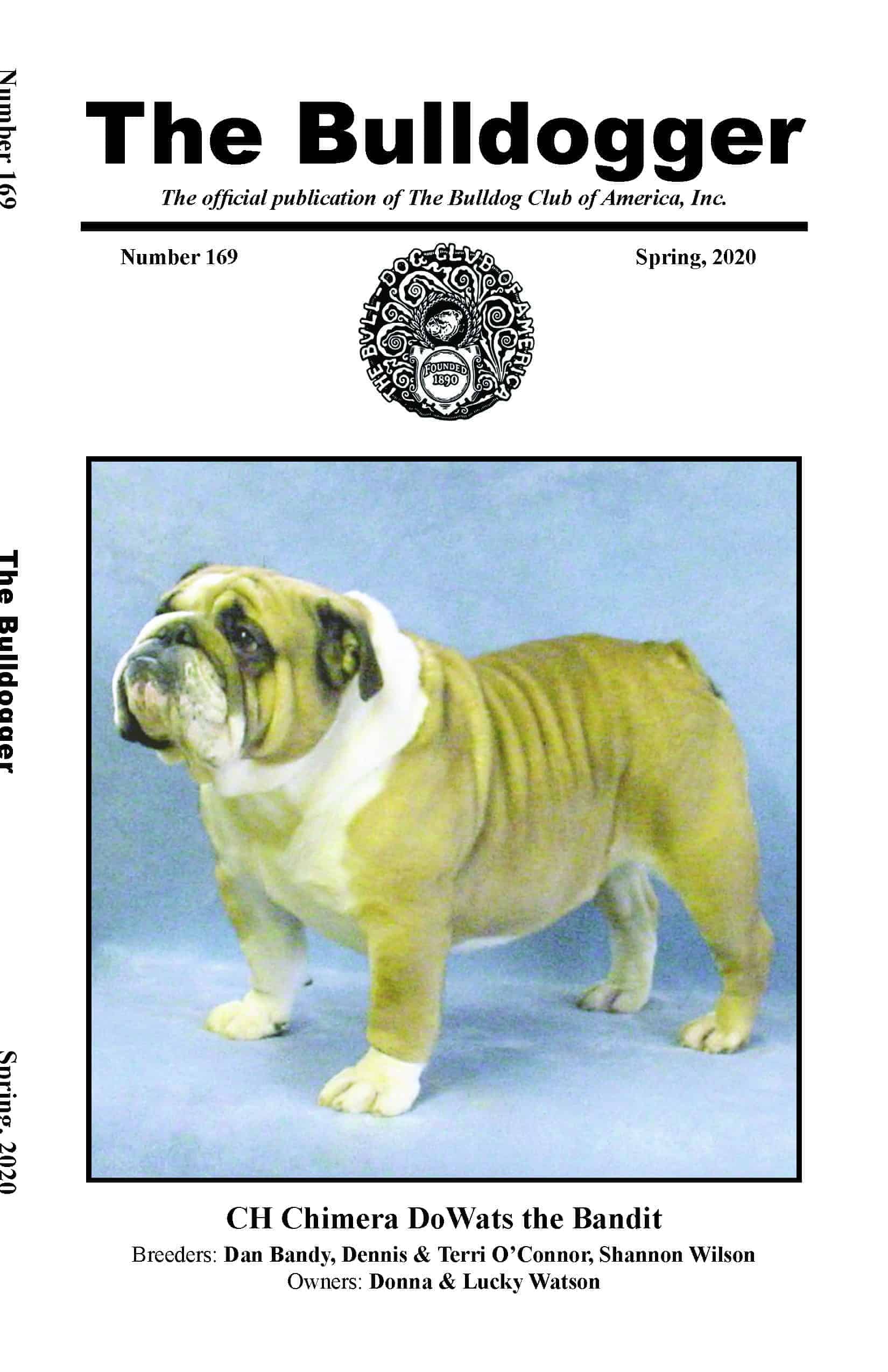