No one knows Bulldogs like the Bulldog Club of America

The Bulldog became one of the finest physical specimens of dogdom.

About bulldogs: The Bulldog was originally thought to be a butcher's dog, used to subdue an animal for slaughter. It was then bred to participate in the "sport" of bullbaiting, an extremely cruel activity. The original Bulldog had to be courageous, very ferocious and savage. It also had to be almost insensitive to pain. Many of the features in the current Bulldog Standard are derived from the physical requirements needed by these dogs. 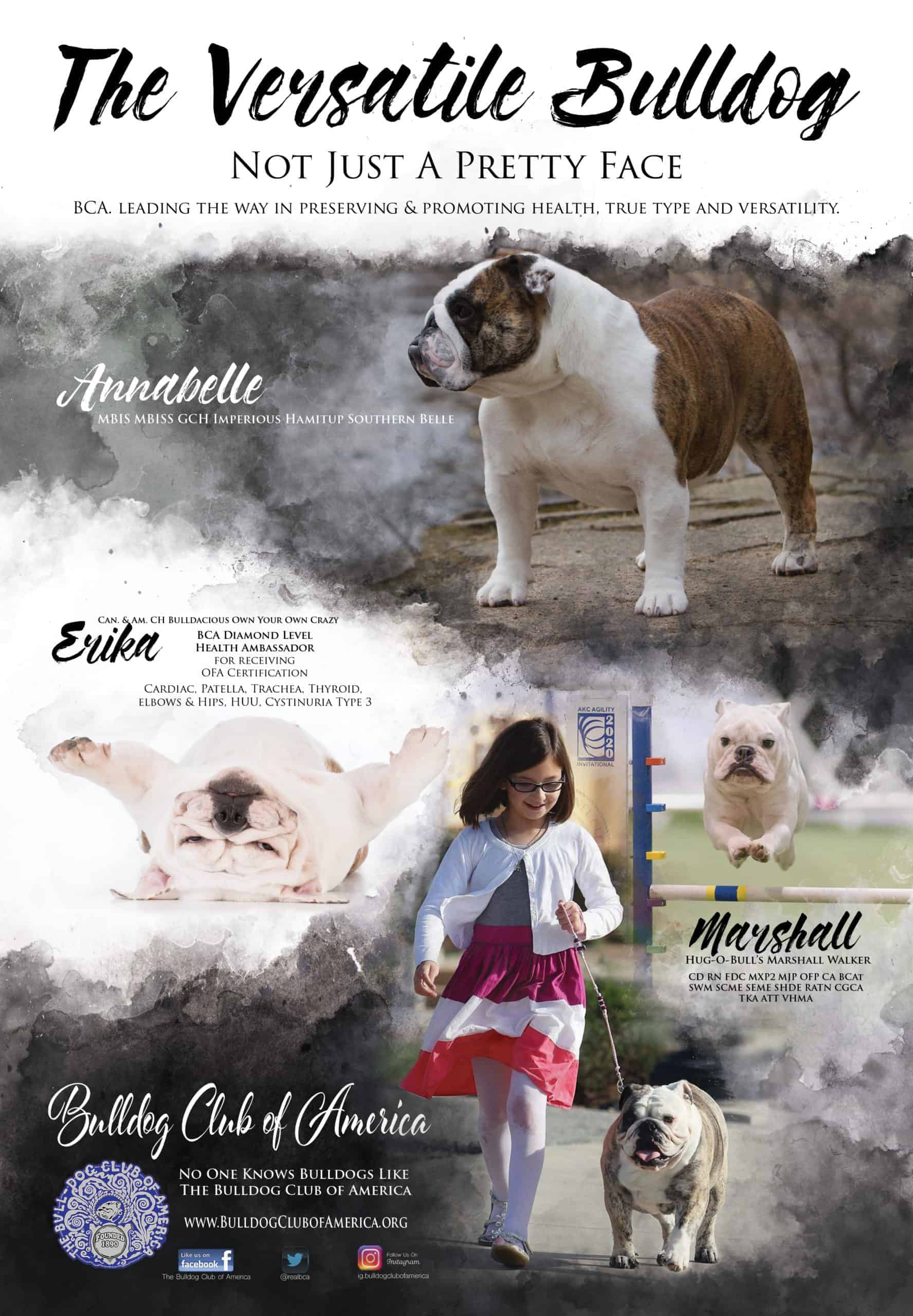 These pages provide information and places to obtain the information needed to make intelligent decisions about Bulldogs. Before you bring a dog into your home or breed your dog you should have a basic familiarity with the Standard for the Breed and the information contained on this site.

It is important that you get your dog from a reputable breeder or rescue group and that you have a veterinarian who is knowledgeable and has experience with Bulldogs. If you are looking for a puppy, BCA members have the highest standards in breeding bulldogs and must comply with the BCA Code of Ethics. Breeders listed in the Breeder Referral Directory must exceed these standards by meeting the additional requirements of the program. Our affiliated rescue group, the Bulldog Club of America Rescue Network, is a good place to find a dog looking for a new home.

When bullbaiting was outlawed in England in 1835, the Bulldog, as it then existed, had outlived its purpose and would no longer exist as a breed. However, a group of Bulldog lovers felt that the breed should not disappear and decided to preserve it. In order to preserve the breed, they had to remove its undesirable fierce characteristics, while preserving and accentuating its finer qualities.

Within a few generations, the Bulldog became one of the finest physical specimens of dogdom, without the viciousness they previously exhibited. The people who saved the breed formed an organization that eventually became The Bulldog Club, Inc. - the "mother" club of the breed worldwide.

Constant learning, a knowledge of genetics and inheritance, familiarity with health issues, and understanding pedigrees is essential to develop breeding programs devoted to producing of healthy, sound dogs with good temperaments. BCA provides its members with educational opportunities to develop these skills. 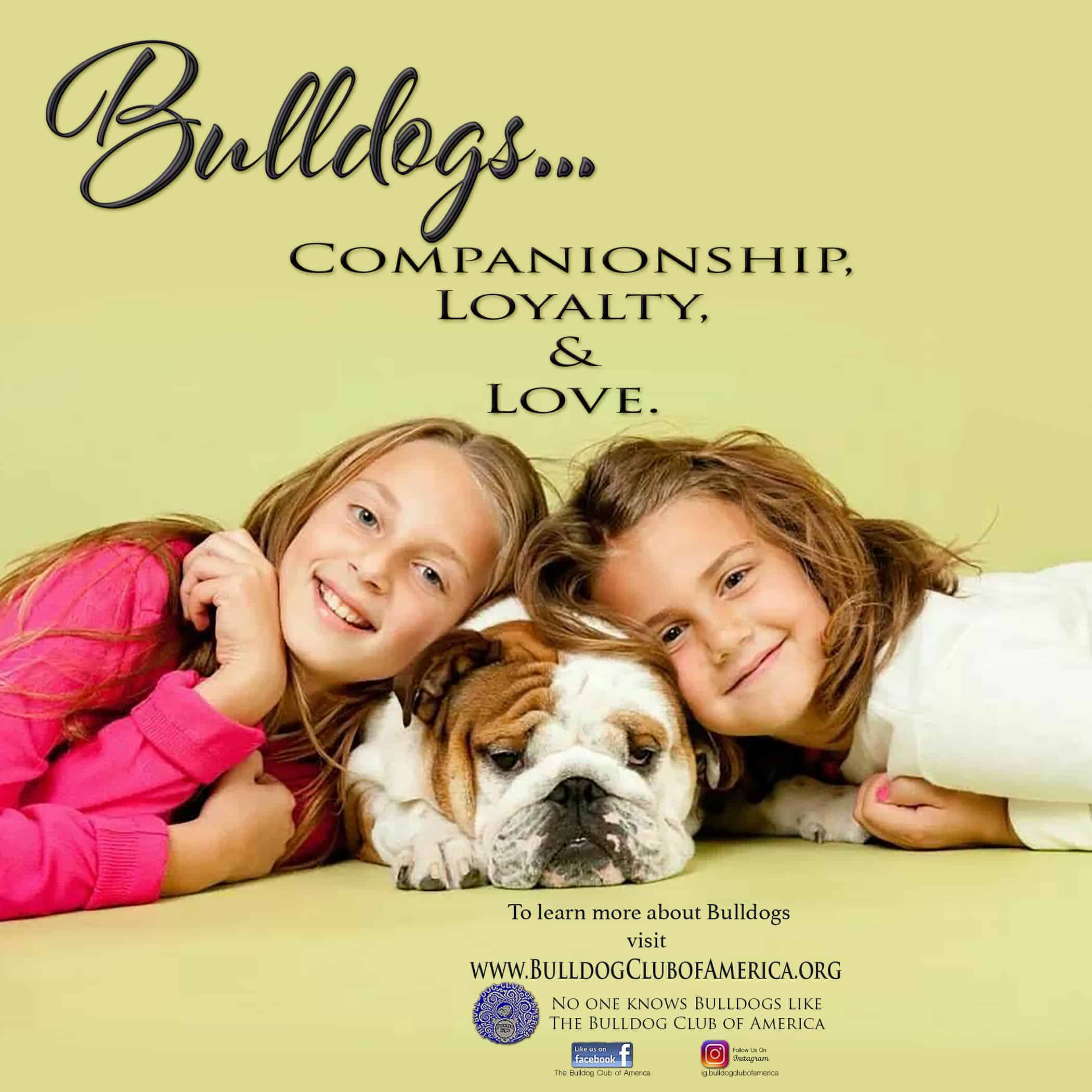 A veterinarian who understands the breed and their unique characteristics can help you maintain the health of your dog and reduce the risk of potential complicating problems. For example, Bulldogs can have an adverse reaction to certain anesthetics. BCA Members have compiled a list of of the veterinarians all across the US that are used by our members. These veterinarians are recommended by members of the BCA to be provided as a convenience and for informational purposes only; they do not constitute an endorsement or an approval by the Bulldog Club of America. Please visit Finding a Bulldog Veterinarian for the list.